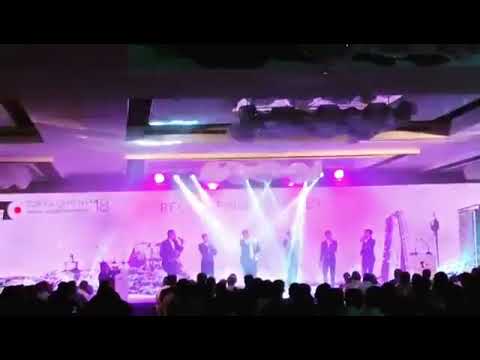 We will enhance the atmosphere at your wedding.
VIEW MORE

Voice.Print showcases their versatility and distinctiveness to the music industry in Sri Lanka by taking songs from various genres and merging them with contemporary sounds, styles & music while showcasing exuberant stage presence and flair in their performances.

Following up from their win at the World Choir Olympics 2010, where they walked off with Silver & Bronze Medals in both of their competing categories, Voice Print has experienced immense success for their elaborate musicality and flamboyant performances across the Island and overseas, ranging from corporate events, concerts, charity shows, advertisements, radio jingles, playback recording and also releasing their versions of pop songs on English mainstream radio.

Voice Print covers many genres across English, Sinhala and Tamil as well, and never fails to add a its signature style to whatever song that they sing.